Day 3 of 2022 Pan Am Para-Badminton Championships 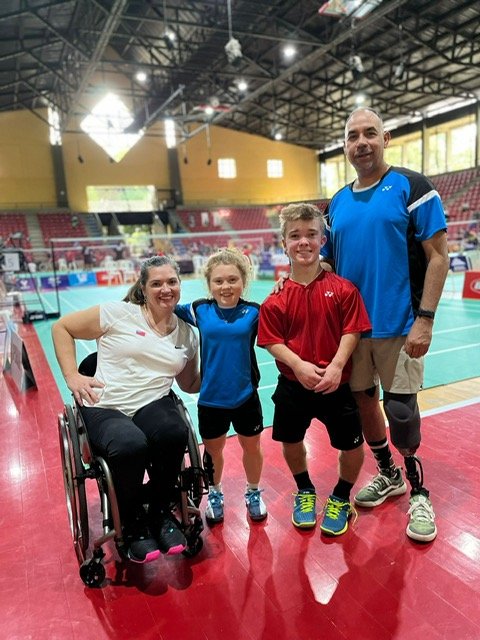 Day three of the 2022 Pan Am Para-Badminton Championships was another busy one for the four Team USA athletes.

Amy Burnett (WH1) competed in women’s doubles (WH1-WH2) with her only match of the day. She and Chile’s Daniela Zapata were defeated by Brazil’s Maria Gilda Dos Santos Do Antunes and Auricelia Nunes Evangelista (10-21, 3-21).

In mixed doubles, Jayci Simon (SH6) and Miles Krajewski (SH6) defeated Argentina’s Jonatan Mattos and Karina Loyola (21-15, 21-5) and are now tied at the top of the SH6 mixed doubles group.

In men’s doubles, Krajewski and Brazil’s Vitor Tavares defeated Canada’s Anthony Hay and Emilien Langelier (21-13, 21-12) to advance to the semifinals.

Action on Friday begins at 9:00AM Eastern and will continue to be livestreamed on Badminton Pan Am’s YouTube channel.