The USA Badminton world lost three great badminton players in 2021, Jim Poole, Jack Harvey, and Ed McSweeney. If you had the opportunity to watch any of these three players, and even better, to talk with them at a tournament or club, you were fortunate. They leave a legacy and shoes hard to fill. 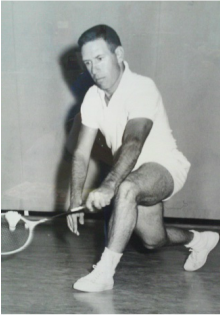 Dr. James “Jim” Poole, 89, was born outside Nashville, TN, in 1932 but spent the majority of his life in California and Arizona. He became a world-class international badminton player and one of the most decorated players in USA Badminton history.

Many thought he played his best MD in the late 1960’s and early 1970’s when he was approaching the age of 40. Those were the years he played an 11-season partnership with fellow left-hander Don Paup. They reached the finals of the U.S. Open five times in nine tries, winning twice. He and Don won all five of the U.S. Closed National Championships they contested as a team. Poole won 65 U.S. Championships titles, and he took the Over-55 MS title in the World Masters Games in 1987. The 21-year span from Poole’s first to last title is the longest of any U.S. player. He was noted for his tactical astuteness, shot-making accuracy, and consistency. Poole was a member of seven U.S. Thomas Cup teams from 1958-1976, sometimes serving as coach and player. He won over 70% of his Thomas Cup matches. He was a member of the USAB Senior Hall of Fame, and in 1970 he was elected to the USAB Walk of Fame.

An all-around athlete, Poole played basketball and baseball for San Diego State University, and was a member of the winning U.S. Pan-American Games basketball team in 1955. He earned a doctorate from LSU and worked as a college professor for 30 years at Cal State University Northridge and CSU Dominguez Hills. As his badminton career waned, Poole served as an NFL official from 1975-1995, and worked two Super Bowls as a back judge. He worked as a supervisor for the NFL in New York City, then moved to Arizona where he was an official observer and trainer for the NFL at Arizona Cardinals home games. He died in Blacksburg, Virginia after a brief battle with cancer November 7, 2021. He is survived by three children, seven grandchildren, and one great-grandchild. 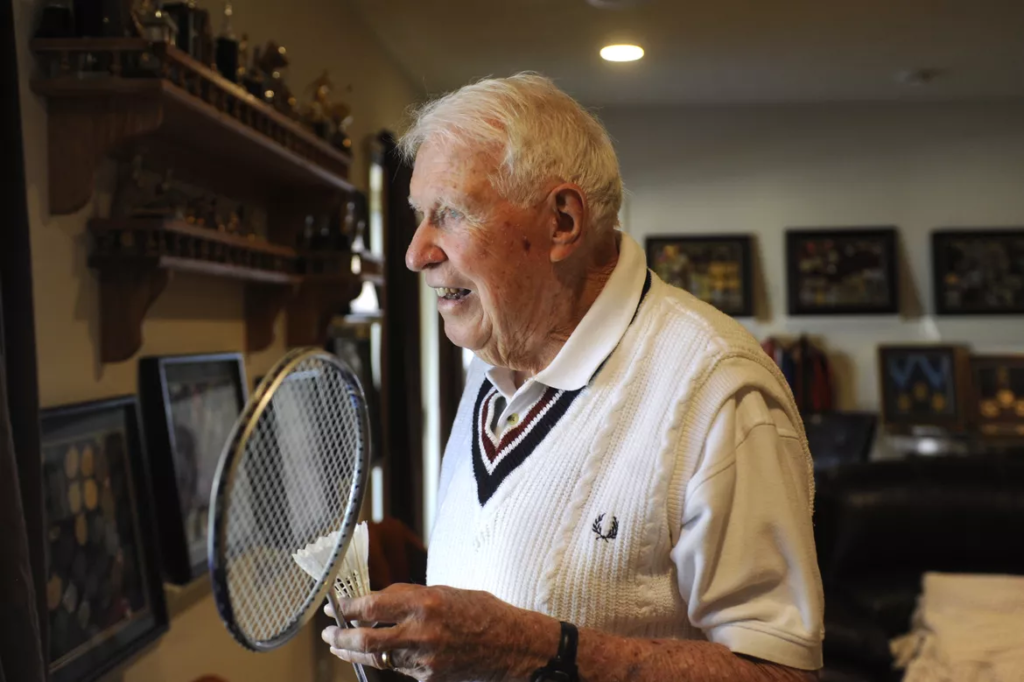 Jack Harvey, 98, a seven-decade player from Spokane, Washington, passed away December 9, 2021. He was born in 1923 in Spokane and grew up playing tennis. He attended Washington State College from 1941-43, and V-12 Navy Officers Training, and later graduated with a degree in Mechanical Engineering from the University of Washington. He was discharged from the Navy in 1946, and started his own business in 1948, the John L. Harvey Company, a manufacturing representative for heating and air-conditioning equipment and service.

Jack’s love of badminton started before age 17 when he won Spokane City Singles and Doubles champion titles in 1941 and 1942. After serving in the Navy, Jack returned to win the City title for another 17 consecutive years. He competed beginning in the 1950’s in MS and MD nationally and internationally, and XD beginning in the 1980’s. He and his top MD partners, Dick Witte and Ed
McSweeney, and top XD partner, Joyce Jones, took top titles in the U.S. Senior Olympics, Canadian Masters, World Masters, Huntsman World Senior Games, U.S. Senior Nationals, and U.S. Senior International. He ended his playing career in 2013 at age 90 with 179 gold medals.

Jack was inducted into the USAB Senior Hall of Fame, and was awarded the Bill Graham Award in 2002 at the U.S. Senior International. He served on the USAB Board of Directors as Secretary and Region 4 Representative from 1989 to 1992. He is survived by three children, seven grandchildren, and seven great-grandchildren. 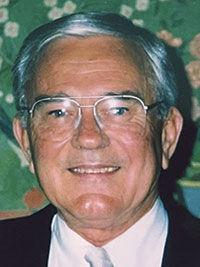 Ed McSweeney, 93, longtime Senior player from St. Louis, MO, passed away December 23, 2021. Ed was born in Springfield, MO, in 1928 and lived most of his life in St. Louis. He spent two years in the service directly after World War II, much of that time as a reporter for the “Pacific Stars & Stripes” while in Tokyo. During that time he flew through a typhoon on Iwo Jima and attempted to
interview Tokyo Rose.

He graduated from Washington University Law School in St. Louis in 1952, and was a trial lawyer in general practice with the firm of Padberg, McSweeney, Slater and Merz. He was vice-chairman and a director of Century Bancshares Corporation, and was a member of the Board of Governors of the Missouri Bar Association from 1979-1987. He was instrumental in the birth of three banks in St.
Louis and served on the boards of all three.

Ed didn’t begin to play badminton until about age 37 when, searching for a good workout that was enjoyable, he found the right combination. Choosing the right partners, and he had three regulars—Jack Harvey, Dick Witte, and Ted Moehlmann—he was fortunate to win many MD titles in Midwest Senior Doubles; U.S. Senior Nationals, Senior International, and Canadian Master and Grand Master Doubles. Ed was a member of the USAB Senior Hall of Fame, and was elected to the USAB Board of Directors from 1991-1995. Ed and Dick Witte were famous for their humorous skits performed after many U.S. Senior Nationals awards dinners. He is survived by his wife Carol, three sons, seven grandchildren, and six great-grandchildren.

Many of the badminton players in the U.S. and spectators had the good fortune to see all three of these players both on and off the court, and the memories abound of their amazing careers. We are grateful for all they gave to USA Badminton.

USA Badminton thanks Mary Ann Bowles for her help in honoring and remembering these great badminton players.