Play Begins at the Pan Am Championships 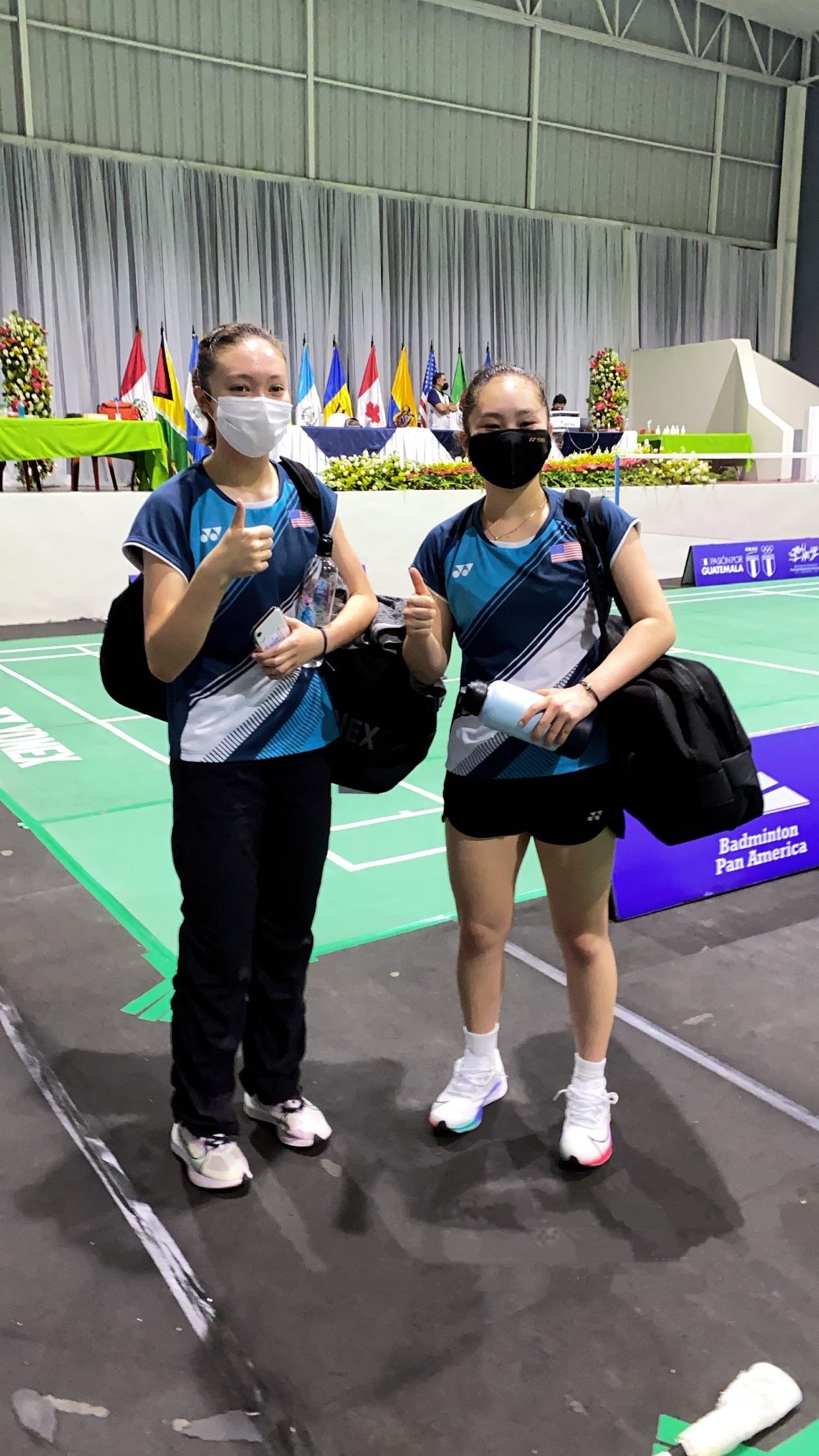 On the first day of the XXIV Pan Am Individual Championships 2021, the U.S. had over a dozen players competing throughout all five events.

In women’s singles, World No. 14 Beiwen Zhang had a bye in the first round. She will face Mexico’s Vanessa Maricela Garcia Contreras on Friday.

Iris Wang, second-seeded in the tournament, faced Guatemala’s Nikte Alejandra Sotomayor. Wang opened up the game with a big lead and won multiple points off of powerful smashes before moving her opponent all over the court with well-placed shots to win the first game, 21-9. In the second game, Wang played crosscourt lifts and clears early and changed her strategy to focus on straight shots out of the interval to better control the net on her way to a 21-6 victory. She will face Colombia’s Juliana Giraldo on Friday. 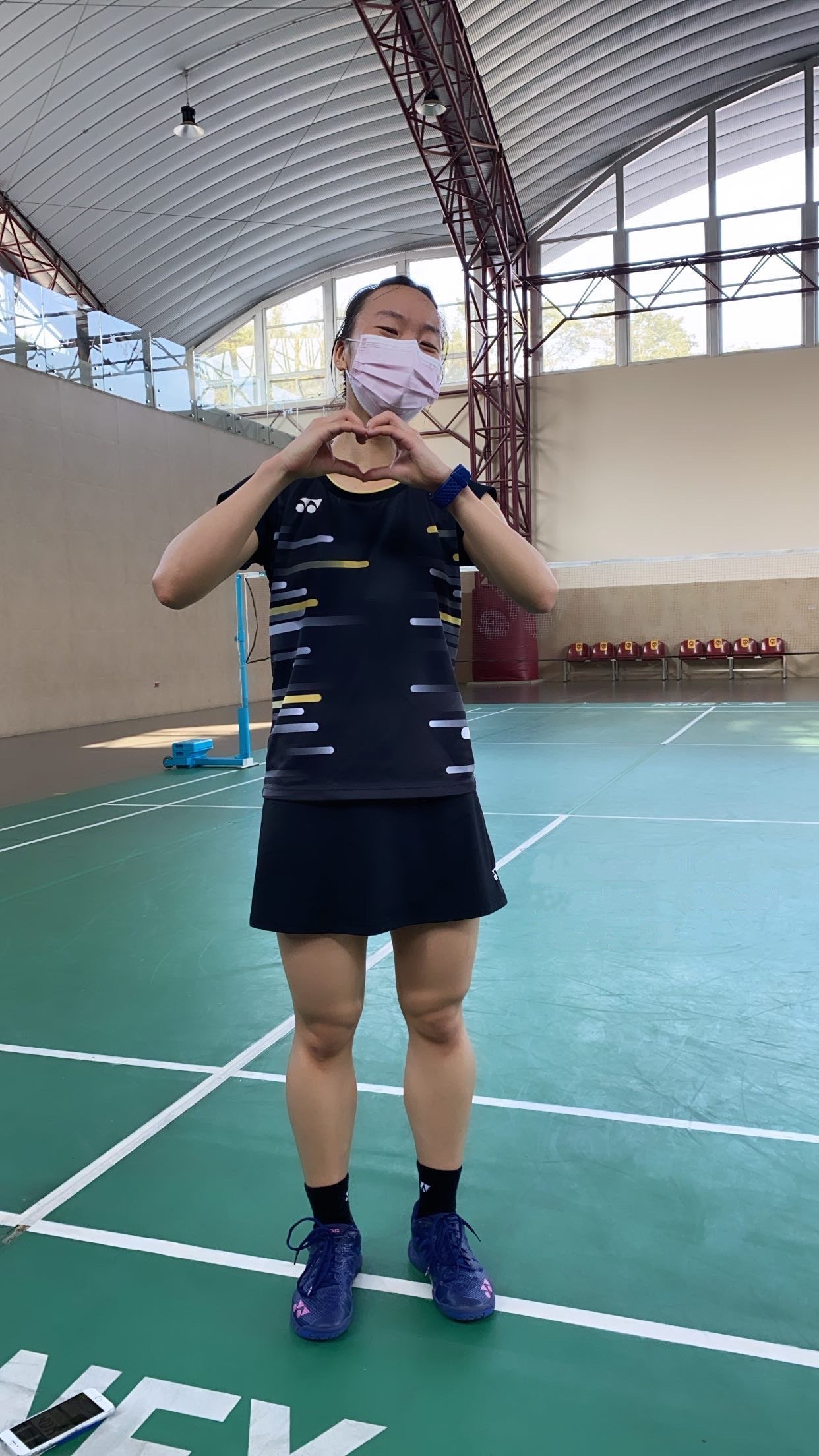 In men’s singles, seventh-seeded Timothy Lam had a walkover against Brazil’s Jonathan Matias. He will face Guatemala’s Antonio Emanuel Ortiz on Friday.

Howard Shu faced Canada’s sixth-seeded B. R. Sankeerth. The Canadian won the first game 21-16 but Shu responded with a 21-16 victory of his own in the second game. The third game was close but Sankeerth ultimately pulled away with a 21-19 win.

Erwin Sarmiento faced Brazil’s third-seeded Ygor Coelho. Sarmiento fell behind early, sending multiple shots wide and long as Coelho led 11-2. The American player made up points in the second half but Coelho won the first game, 21-7. Sarmiento was down by two to start the second game but good play at the net set up a kill opportunity that earned him his first point. Coelho led 11-3 at the interval. Out of the break, Sarmiento found success attacking Coelho’s backhand but Brazil’s player would win the second game, 21-9.

Mathew Fogarty faced Guatemala’s Christopher Alexander Martinez Salvador. Fogarty’s shots were wide to start the game as Martinez led 11-1. He found more consistency with his deceptive shots in the second half but Martinez would win the first game 21-7. To start the second game, Fogarty kept pace with shot placement and deception. Martinez went into the interval leading 11-5 and won, 21-9.

In women’s doubles, Katelin Ngo and Esther Shi faced Guatemala’s Diana Corleto Soto and Nikte Alejandra Sotomayor. Ngo and Shi were relentless in their attack early and outlasted their opponents in a 38-shot rally to continue growing their lead to 16-14 before winning, 21-14. In the second game, it was Corleto and Sotomayor that jumped to a fast start as they attacked the rotation of the American pair. Ngo and Shi were able to make it within a point of tying but the Guatemalan players won the second game, 21-19. Corleto and Sotomayor led 11-7 at the interval of the third game but a crosscourt drop by Ngo tied the game at 16-16. Neither pair could find an advantage until Coleto and Sotomayor pulled away 20-18. Ngo and Shi responded with two points to tie it up. They played hard but the Guatemalan pair won, 23-21.

Francesca Corbett and Allison Lee faced Mexico’s Sabrina Solis and Vanessa Karmine Villalobos Vazquez. Corbett and Lee played well, picking up 21-16 wins in both of their games against Mexico’s pair. They will face Colombia’s Juliana Giraldo and Maria Julieth Perez Tangarife on Friday.

In men’s doubles, second-seeded Phillip and Ryan Chew had a walkover against Brazil’s Artur Silva Pomoceno and Matheus Voigt. They will face Guatemala’s Solis Jonathan and Anibal Marroquin on Friday. 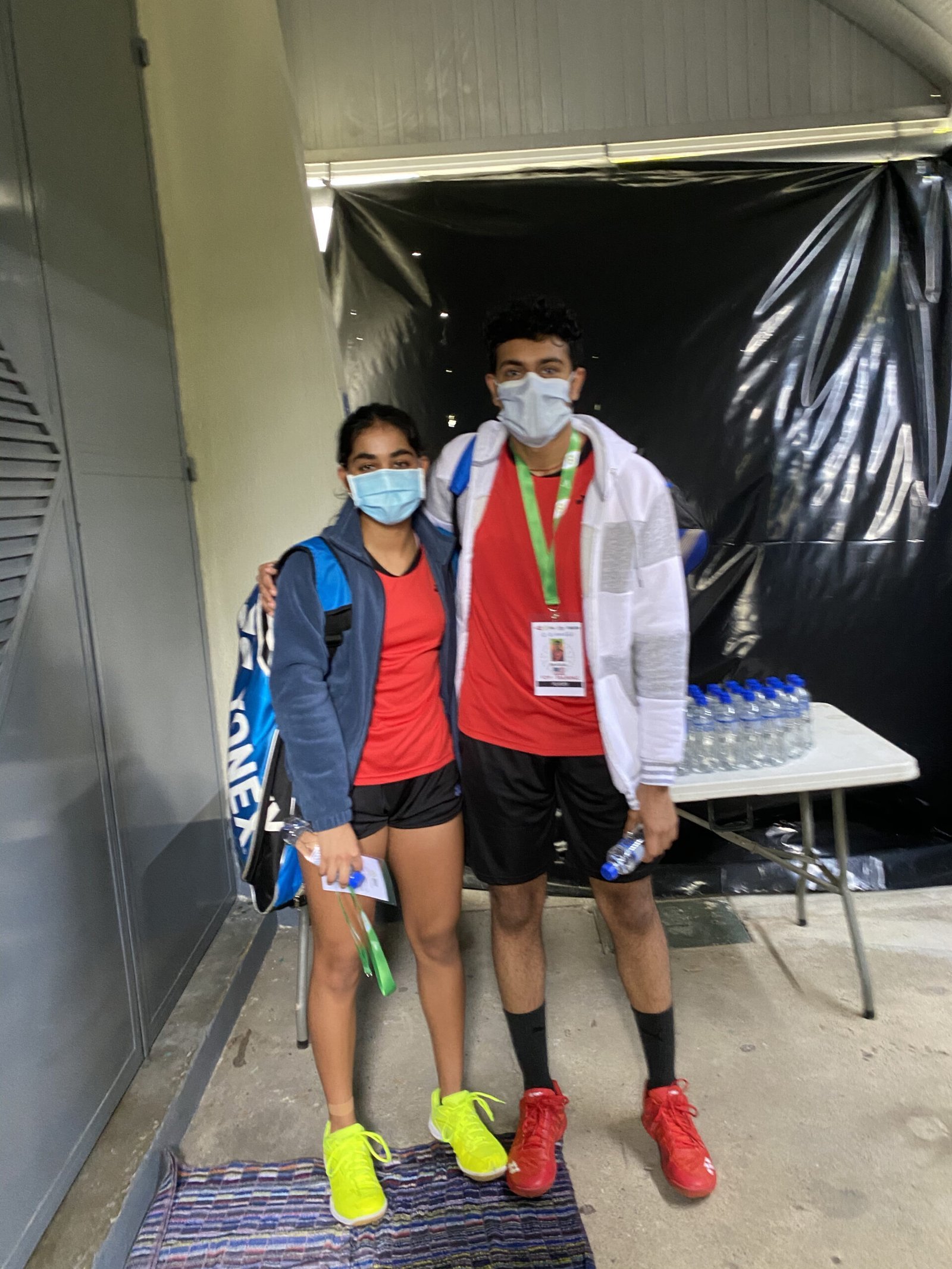 In mixed doubles, Sri Kolla and Bhaavya S Manikonda faced Mexico’s Armando Gaitan and Vanessa Maricela Garcia Contreras in their first match of the day. Kolla and Manikonda held a small lead going into the interval in the first game. Out of the break, the U.S. pair began attacking their opponents more with Manikonda driving a service return down her forehand side before following up with a crosscourt for a point. The Americans won the first game, 21-14, off a remarkable net cross by Kolla. In the second game, it was Gaitan and Garcia that took an early lead as they found success with drives and smashes but Kolla and Manikonda were able to take the lead back to go into the interval leading 11-9 and eventually winning the second match 21-16.

In their second match of the day, Kolla and Manikonda faced Peru’s Daniel La Torre Regal and Paula La Torre Regal. Peru’s pair won the first game 21-9 but the American pair picked up the second and third game, 21-19 and 21-16. They will face Guatemala’s Solis Jonathan and Diana Corleto Soto on Friday. 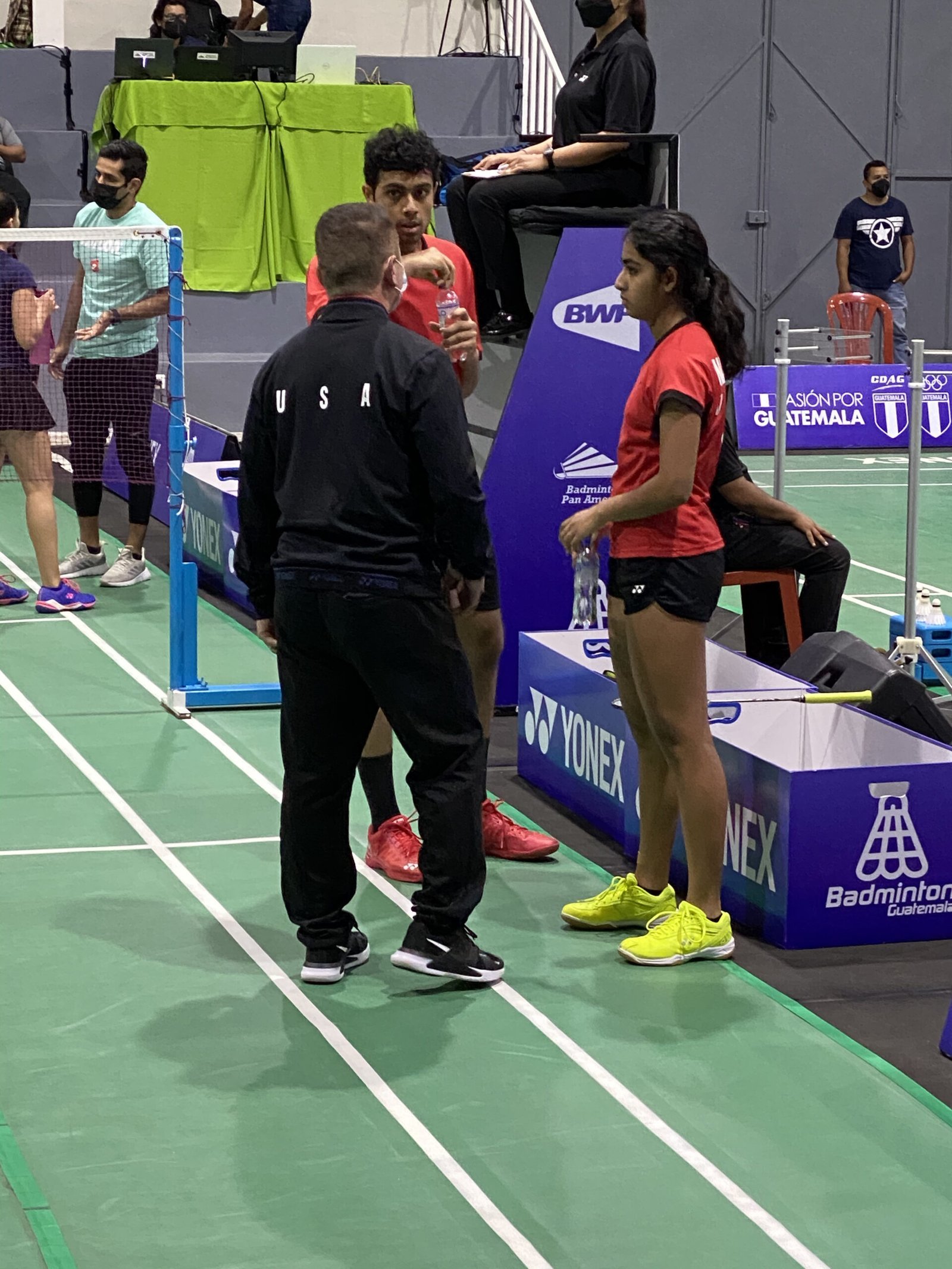 Second-seeded Mathew Fogarty and Isabel Zhong faced El Salvador’s Manuel Mejia and Katherine Sarai Lara Guzman. The American pair played hard in the first game with El Salvador’s pair winning 21-19. Fogarty and Zhong fought back in the second game with a 21-15 victory but would ultimately fall in a close third game 19-21.

The results from the XXIV Pan Am Individual Championships 2021 can be found here:
https://www.tournamentsoftware.com/sport/tournament/matches?id=075AB9E3-6962-46DE-AD69-6CFFB90B1D58&d=&c=USA