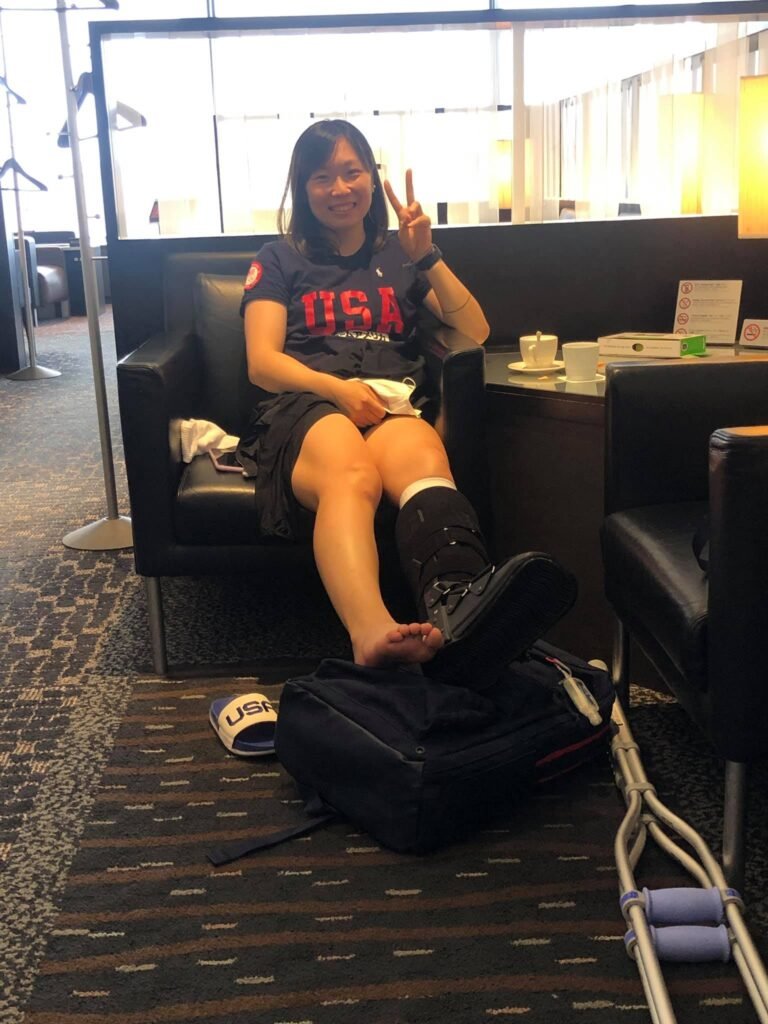 On the sixth day of play at Musashino Forest Sport Plaza for Tokyo 2020, women’s singles player Beiwen Zhang faced China’s He Bing Jiao, who had entered the tournament as the No. 8 seed. The first game was tight between the two before Zhang began to open up a slight lead going into the interval, 11-8. As the game went on, the American shuttler was able to quickly pull away to win 21-14.

In the second game, Zhang kept pace with her opponent until at 7-9, the U.S. player suffered an Achilles injury that would force her to retire from the match early. She was visibly upset as her Tokyo 2020 journey came to an end in such a manner as she was wheelchaired off the court.

Team Leader Alistair Casey gave an update, saying “She has a full tear of the Achilles tendon and requires surgery, so she will be flying back (… ) and they will be aiming to set up surgery ASAP upon arrival in Los Angeles.” It was a saddening and scary situation for staff and supporters but Casey praised the work done to ensure Zhang was safe and comfortable throughout the process. “Team USA medical has been very amazing, very efficient,” he said.

As for Zhang’s situation, Casey said “Beiwen is already focusing on what is next and immediately getting back to the States to begin the recovery work and to return to the court.”