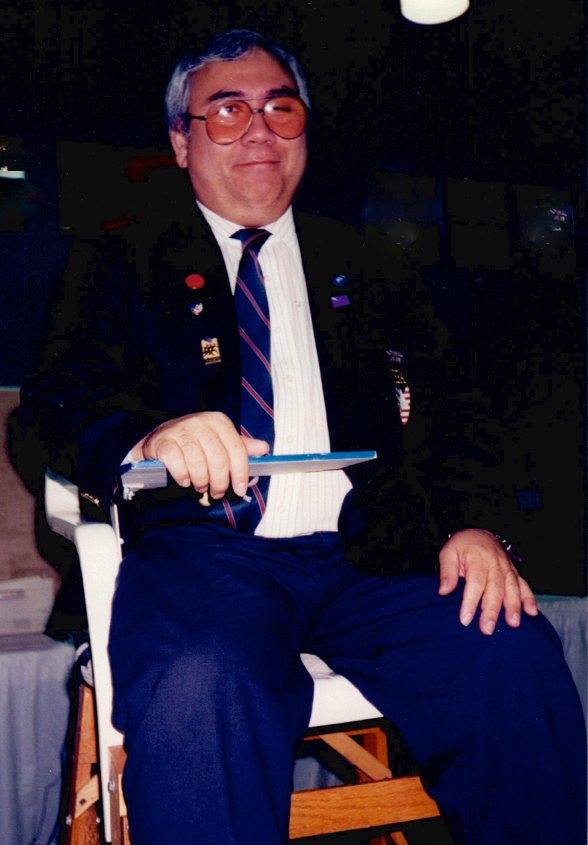 Ed Matanga was promoted to his final assignment on August 24, 2022, in San Bernardino, CA. At a time when umpiring was just an informal volunteer effort, Ed studied and persisted to become the first international level umpire in the United States. His baptism of fire came in November 1987 at the US Open in Manhattan Beach Badminton Club. He continued umpiring for 20 years and fulfilled a dream as a line judge at the 1996 Olympics.

In 1980 Ed was selected to the Board of Directors of the Pasadena Badminton Club. At that time PBC served as an elite training center for top badminton players and membership was 34. He helped modernize the 4-court facility and opened it up to everyone. Membership soared to 250 and courts filled every day. Then the City of Pasadena evicted PBC in favor of an art center. Ed and the other directors relocated PBC to the City of El Monte and built out a new badminton facility in an old aircraft assembly plant. In 1995 the Pasadena Badminton Club inaugurated the new 3-court San Gabriel Valley Badminton Club. Thus, the model for the “warehouse badminton club” was established. Similar clubs soon began popping up throughout the US. Ed’s efforts and enthusiasm helped SGVBC grow rapidly, and it soon sported 18 courts,  a table tennis center, and an ample pro shop.

In the 1990s Ed charged forward on many fronts. He moved to San Bernardino and began teaching at Colton High School where he coached the badminton team to several High School Championships. He established the Colton Badminton Club. And, best of all, he met and married Julie Edwards, the choir teacher at Colton High School.

The new millennia presented many challenges for Ed. Diabetes and failing eyesight began limiting his activities. Still, he never gave up and he never gave in. He marshalled great enthusiasm and courage no mater what the circumstances were.

We wish you well, Ed, on your new assignment,

USA Badminton thanks Bob Cook, David Anderson and Ed Rivas for their help in honoring and remembering Ed Matanga. USA Badminton also thanks those who have generously donated to USAB in his memory.