Phillip (26) and Ryan (23) Chew, brothers from a badminton family, entered the 2019 U.S. Adult National Championships with high expectations. The duo has been ranked as the top men’s doubles pair in the U.S. for more than two years. As the number one seed in the tournament, they didn’t disappoint.

“We expected to win the tournament,” said Phillip. “Although it was the first time I had competed in the National Championships since 2016, we were the number 1 seed and had far more experience than the other competing teams.”

“Of course everyone wants to win,” added Ryan. “But I think for me it was maintaining my focus that was most important.”

In the Finals, the Chews met Henry Tang (16) and Joshua Yang (16). With the benefit of more high-level experience and playing together as brothers, Phillip and Ryan controlled the match right from the start. The Chews kept up the pace early and controlled the net, which allowed them to stay on the attack and resulted in a 21-10 win in the set one.

It appeared as though Phillip and Ryan were set to run away with the match as they built up a big lead in set two, but Tang and Yang found their rhythm and forced the Chews into several errors. In the end, Phillip and Ryan found their form, bounced back, and claimed the title, 21-17. 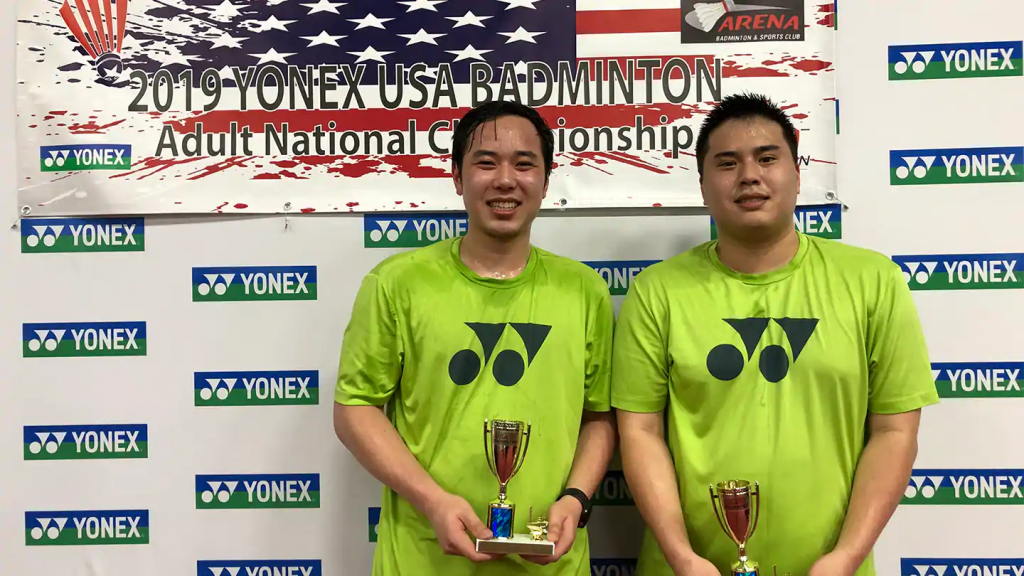 “Getting that first National Championship was a great experience,” said Ryan. “But also being able to win my first national title with my brother was pretty awesome… [H]aving the opportunity to play in SoCal made it even more special since our entire family was able to be there to watch us win.”

With the victory, Phillip claimed his second National Championship, adding to his 2016 Mixed Doubles title with Jamie Subandhi.

Next, the Chew brothers have set their sights on the 2021 Tokyo Olympic Games. For Phillip, it would be his second Olympic experience (2016), while Ryan is hoping to qualify for his first.

“Right now the focus is on just preparing our game for if/when the tournaments start back up,” said Ryan.

On behalf of USA Badminton, we’d like to congratulate Phillip and Ryan on their Men’s Doubles National Championship. We wish them luck and good health as they continue to prepare for when international tournament play resumes!